What are the effects of radiation on our ecosystem? Are humans responsible for it?

Let’s know how we are responsible for it.

Looking in past around 7 to 8 years we use to see birds chirping in our surroundings. When
we were children, we used to see many different species of birds in numerous amounts. But
as we grew up all the chirping seems to be fed away and we only listen to them on our
smartphones as a ringtone or hello tunes. Some of the birds are being listed as ” endangered
species” for example, house sparrows, mynah, and many small-sized birds. Think once
about it who is responsible for these conditions of birds. We humans are responsible for it in
many ways, like illegal hunting, making them pets, and many other factors. But here one
thing is very much responsible for the decrease in the number of birds in technology. The
radiation emitted from several types of equipment is responsible for this case.

How radiation is responsible for the decrease in the number of birds?

In short, we can say radiation is the reason why birds lost their communication
system and alter lost their life.

What report and facts tell about the effect of radiation?

According to a report from 2008 via Times Of India, a study was conducted in Chandigarh by
a team of Punjab University headed by RK Kohli, exposed 50 eggs to EMR
(electromagnetic radiation) for five minutes 30minutes.

Mr. Kohli said that ” all of the 50 embryos were damaged and all of them seem like they have been microwaved.”
The reason behind this was found according to Dhanya R. a researcher at SACON that cell
phone towers emit a very low frequency of nearly 900 or 1800MHz. these low frequencies
are called microwaves and these microwaves can cause thin skulls of chicks and a thin layer
of eggshells. Another report from Ranjit Daniels a Chennai-based zoologist had told that four out of 200-
odd Chennai birds like a house sparrow, red-whiskered bulbul, and many more have vanished. One of the most beloved bird House Sparrow has been decreased up to 80%. According to a study from Thiruvananthapuram, the house sparrows which used to fly over coastal areas have almost been lost in the past few years. It was observed that it was a total loss of 80% population near those areas.

What ornithologists say about this issue?

A famous ornithologist Mohammed Dilawar is also known as India’s sparrow man said
about Robot 2.O movie that he is happy because superstars like Rajnikant and Akshay Kumar
have talked about this bird’s radiation issue on a big platform according to a report from December 2018 via Rediff.com Dilawar said that ” if the superstars like Akshay Kumar and Rajnikant have shown an issue about birds radiation, then people must follow some precaution and in near future, they will surely take some action about birds
safety.”

How many cases of bird’s death due to radiation have found to date?

What could be the solution?

Post Views: 2,423
effect of radiation?effects of radiation on our ecosystem?humansMr. Kohliornithologistsradiationradiation is responsible for the decrease in the number of birds? 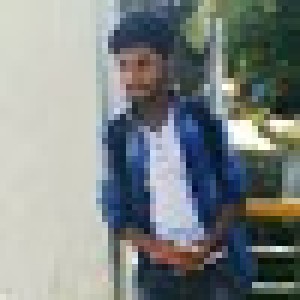 The youngest person to travel the whole country: Lexie Alford